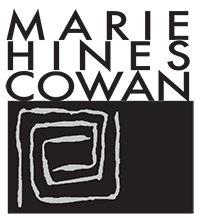 Your shopping cart is empty.

Your shopping cart is empty.

Marie Hines Cowan is a figurative oil painter who marries mythology with colloquial culture. Her work is narrative, life-sized, and representational, though unconstrained by realism. Willing to push color further than the average eyes sees, Hines Cowan’s work is bold, colorful and painterly, but also graphic and illustrative.

Jumping feet first into the exhibition world in 1979, Hines Cowan has been exhibiting in the tri-state area and Europe ever since. Each year fall she participates in the New Rochelle’s Artsfest and Open Studios. During the fall of 2017 she also flew to London, England to participate in Parallax Art Fair. She frequently exhibits in group exhibitions, and this past February had a solo exhibition at the Lord and Andra Gallery. Hines Cowan has two more solo exhibitions planned for 2018, a second solo exhibit at Lord and Andra Gallery in July and August, and an exhibition at the Barrons Art Center in New Jersey in October. In April of 2019 she has a solo exhibit at the Crary Art Gallery in Pennsylvania. Hines Cowan is also involved in local and national art groups such as the National Association of Women Artists, the Portrait Society of America and Katonah Museum of Art Artist Association. She has recently gained representation with Art Productions NYC.

Hines Cowan’s paintings and poetry have been published in several literary and art journals. Her work has been of the covers of two issues of NYU’s literary journal Icarus and this year will be on the cover the journal 2 Bridges and is featured in the summer issue of new literary journal, Curating Alexandra. CreativPaper, a British art journal, interviewed Hines Cowan for their 2018 winter issue. Her painting, Cartoon for the Sistine Chapel Ceiling, was included in an article on Pen and Brush in Huffington Post in 2013. Curator Margarita Aguilar, who worked with Hines Cowan on two exhibitions, wrote the essay, Men and Women: Marie Hines, Portraits 2004 for those exhibitions. Alison Ioli wrote two essays on Hines Cowan’s work titled Transcending Ancient Archetypes in the ‘Popteric’ Age; The Paintings of Marie Hines Cowan for the 2014 exhibition NY Muse. Hines Cowan has discussed her current project NY Muse on Artists Forum TV with host Elliot Torres, and also in a Director’s Chair interview this past February with gallerist Andra Rudder, from Lord and Andra. This interview was filmed and can be viewed online and on Hines Cowan’s website.

Having first met Greek mythological personae in literary form in the early seventies, now Hines Cowan visualizes them on Manhattan street corners and finds her studio crowded with them and her paintings informed by their stories and tales. Her paintings have been called narratives, but perhaps conversations would be a better description. 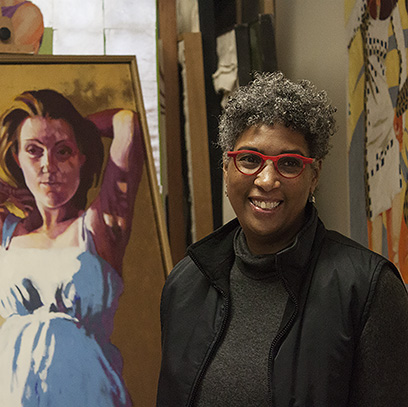 This presence of this badge signifies that this business has officially registered with the Art Storefronts Organization and has an established track record of selling art.

It also means that buyers can trust that they are buying from a legitimate business. Art sellers that conduct fraudulent activity or that receive numerous complaints from buyers will have this badge revoked. If you would like to file a complaint about this seller, please do so here.

This website provides a secure checkout with SSL encryption.

This is only visible to you because you are logged in and are authorized to manage this website. This message is not visible to other website visitors.

The above preview shows how to use the live preview on this website. The image displayed is just an example, and is not available for sale.

This means you can use the camera on your phone or tablet and superimpose any piece of art onto a wall inside of your home or business.

To use this feature, Just look for the "Live Preview AR" button when viewing any piece of art on this website!

Below, select which favorite lists you would like to save this product into.

If you change your mind, click here to modify your decision